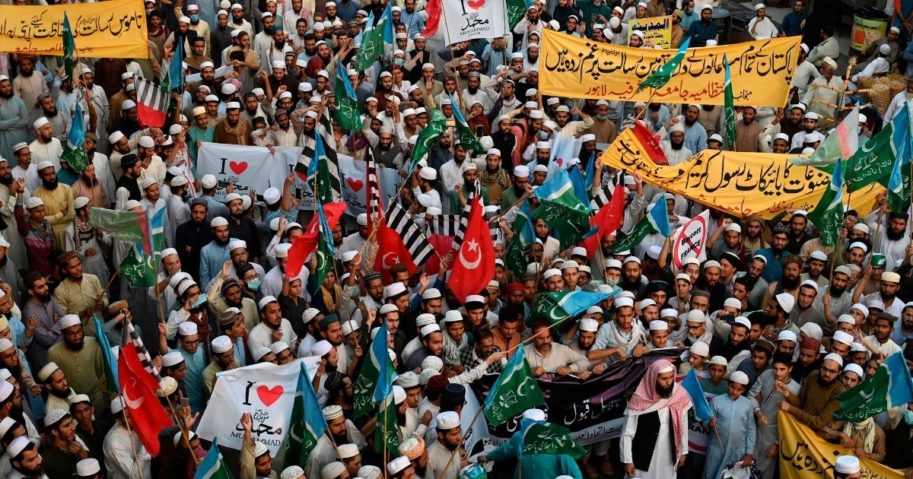 Egyptian President Abdel-Fattah el-Sisi, responding to a display of images in France of the Prophet Muhammad, said Wednesday that freedom of expression should stop if it offends the world’s population of more than 1.5 billion Muslims.

“We also have rights. We have the right for our feelings not to be hurt and for our values not to be hurt,” he said during a news conference commemorating Muhammad’s birthday, Reuters reported.

“And if some have the freedom to express what is in their thoughts, I imagine that this stops when it comes to offending the feelings of more than 1.5 billion people,” el-Sisi said.

He was referring to comments made by French President Emmanuel Macron in which he defended the right to publish religious images after a high school teacher who displayed caricatures of Muhammad was beheaded, DW reported.

The history teacher, Samuel Paty, had shown his students caricatures of Muhammad that had been published in the satirical magazine Charlie Hebdo in 2015.

In the community of Conflans-Sainte-Honorine, near Paris, a man with a large knife attacked the teacher in the street and beheaded him Oct. 16, according to the BBC.

The Daily Mail reported the attacker shouted “Allahu Akbar” around the time of the beheading.

Although depictions of Muhammad are not forbidden by the Quran, many Muslims consider them to be blasphemous.

At a memorial for Paty last week, Macron said he wouldn’t “renounce the caricatures.” He also is planning a new bill to combat “Islamist separatism.”

Do you think Egypt’s president misunderstands freedom of speech?

The images of Muhammad were projected onto French government buildings on Friday, DW reported.

Many Muslim leaders have attacked Macron for his defense of the depictions.

“We will not give in, ever. We respect all differences in a spirit of peace. We do not accept hate speech and defend reasonable debate,” he tweeted.

“We will always be on the side of human dignity and universal values.”

We will not give in, ever.
We respect all differences in a spirit of peace. We do not accept hate speech and defend reasonable debate. We will always be on the side of human dignity and universal values.

“The kingdom of Saudi Arabia rejects any attempts to link Islam with terrorism, and denounces cartoons offensive to the Prophet Muhammad or any of the other prophets,” a Foreign Ministry official said in a statement.

The grand imam of Egypt’s al-Azhar University called on the international community to criminalize “anti-Muslim” actions, according to Reuters.

Feinstein drops out of Democratic leadership in Senate

NYPD sending cops back into subways after rash of pushing attacks