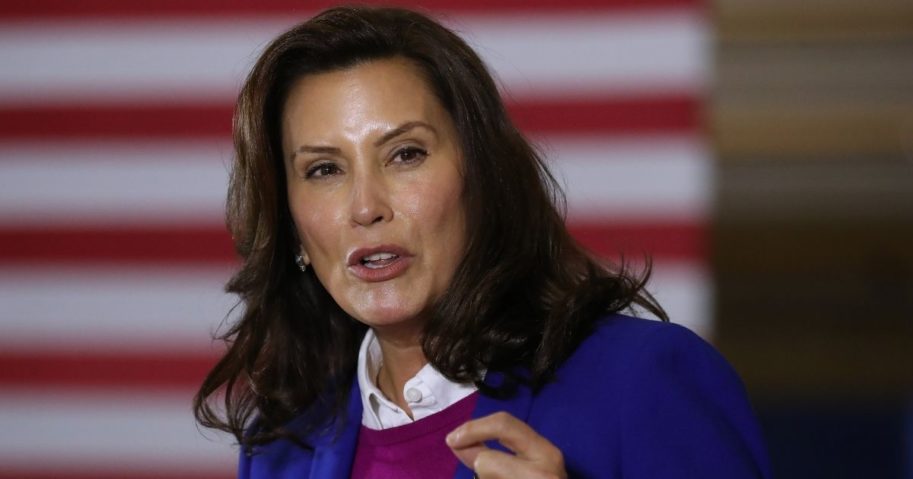 “Hello, how many in your party and may I please have their full names and phone numbers?”

That nightmarish phrase is going to be heard rather often in Michigan now.

Starting Monday, Democratic Gov. Gretchen Whitmer’s state will soon require restaurants and bars to take diners’ names and contact information, according to a release from the Michigan Department of Health and Human Services.

“Like many other businesses in Michigan, bars and restaurants will also be required to take names and contact information to support effective contact tracing if necessary,” the release reads.

If that seems like a gross overreaction and a case of overreach, that’s because it is.

“Michigan presently has 172 cases per million people and positivity of tests has increased from about 2% to 5.5% and both indicators have been increasing for over four weeks. Hospitalizations for COVID-19 have doubled over the last three weeks while the state death rate has increased for five consecutive weeks,” the release explained as the reasoning for the new tighter restrictions.

Now, if Whitmer and her administration didn’t have a prior history of hewing dangerously close to abusing their powers, maybe you could give these new restrictions the benefit of the doubt and buy the whole “contact tracing” explanation.

But Whitmer has already ran afoul of the Michigan Supreme Court, which ruled against her previous power grab attempt after she tried to unilaterally extend her original emergency declarations.

And again, maybe if it was just the contact tracing they were aiming for, it would feel invasive but not like an overreach.

Would you divulge your personal contact information to eat at a restaurant?

But nope. The Whitmer administration DHHS’ new orders are further putting a squeeze on ailing restaurants with some other restrictions on bars, restaurants and general gatherings.

“As part of the newly extended orders, MDHHS today reduces from 500 persons to 50 persons the maximum gathering size for indoor gatherings such as weddings, parties, and banquets which occur in nonresidential settings without fixed seating,” the release read.

“For bars, restaurants, and social events outside private homes, indoor party sizes at a single table are now restricted to six people,” the release also stated.

Want all of your extended family to be there for your magical wedding day? Sorry.

Want to take your family of seven to dinner? It looks like mom and dad will each have to pick their favorite kids and eat at separate tables.

Unsurprisingly, restaurants are less than thrilled with Whitmer’s latest move.

“Again, what’s this data gathering if the data is not truthful, how do we know how good it is?” Michigan Licensed Beverage Association Executive Director Scott Ellis asked WXMI-TV.

“Our front-line servers have already had trouble dealing with masks and mandates and mandating masks,” Ellis said. “We did de-escalation training and all kinds of other things to help with that and now we’re taking to the next level. We have to gather someone’s personal information?”

Ellis raises a great question. Why is it that this onus falls on the already struggling restaurants?

If customers refuse to provide their personal information, they can be refused service. If a restaurant serves them anyway and Whitmer’s goons come asking for some contact tracing information?

“Violations are punishable by a civil fine up to $1,000 and may also be treated as a misdemeanor punishable by imprisonment for not more than six months or a fine of not more than $200, or both. In addition, failure to comply with orders may violate a business or professional’s licensure requirements or present a workplace safety violation,” the release said.

But in the case of Gov. Whitmer, it doesn’t appear she even needs absolute power to be absolutely drunk on power.

If you traveled for Thanksgiving, assume you have COVID-19, Dr. Birx...

COVID-19 hospitalizations in US hit another record high with over 90K...