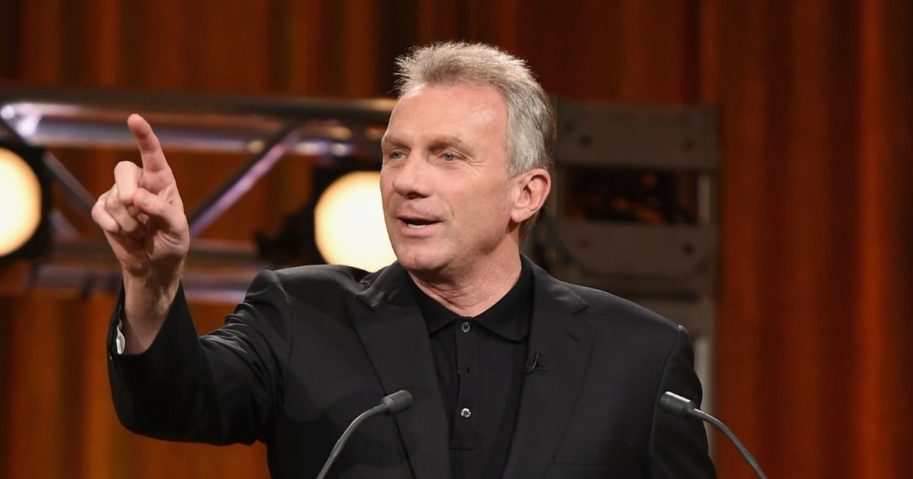 NFL legend Joe Montana was Saturday’s Most Valuable Grandpa after he helped take a grandchild away from an intruder.

The same spirit that drove the all-star quarterback to lead the San Francisco 49ers to four Super Bowl championships kicked in Saturday when Montana was confronted by an intruder in his home.

Montana, 64, now lives in Malibu, California, with his wife, Jennifer.

On Saturday, at about 5 p.m., an intruder entered their house, according to TMZ, which cited “law enforcement sources” as the source of its information.

Police believe the 39-year-old woman entered through an unlocked door.

TRENDING: Oregon Governor Declares State of Emergency in Portland Only After Conservatives Plan To Rally

Once inside, she saw a baby being held by a woman. The still-sketchy information did not say who holding the baby.

It is not clear how, but the intruder was able to gain hold of the infant and take the child to another part of the house.

There, Montana and his wife confronted the woman.

As TMZ reported it, the couple then had to literally wrestle the baby out of the woman’s arms.

Does this show Montana is still cool under pressure?

After that, the intruder left.

Chance then worked against the intruder, TMZ reported.

Los Angeles County sheriff’s deputies were nearby on an unrelated matter, and were approached by someone in the Montana household who informed them of what had taken place, TMZ reported.

The woman was found a few blocks away.

She has been held on kidnapping and burglary charges. Her identity has not been revealed.

As of Sunday afternoon Eastern time, neither the Montana family nor the sheriff’s office had issued a formal statement on the incident.

Joe Montana just had his greatest moment yet.

The website Popculture noted that Montana and his wife have four children.

Montana, who has been inducted in football’s Hall of Fame, finished his career with the Kansas City Chiefs.