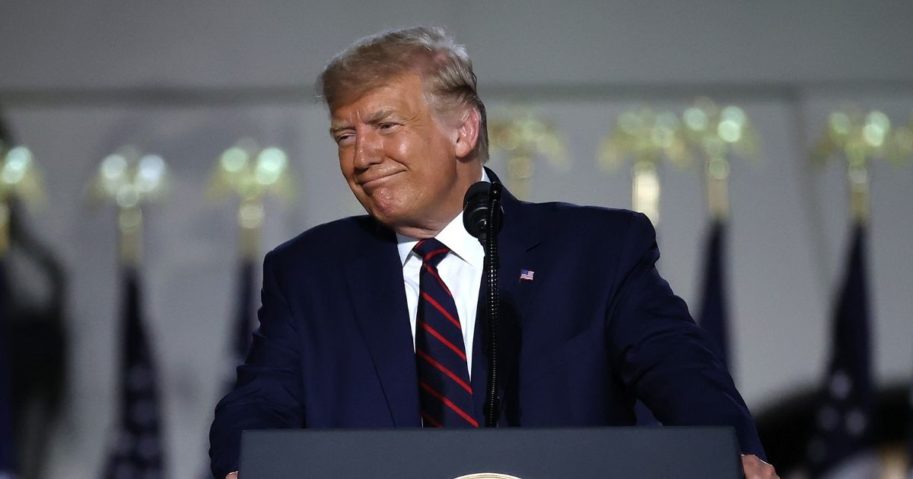 Another voice is being raised to support awarding President Donald Trump the Nobel Peace Prize in 2021.

Huhtasaari said Trump deserves the honor “in recognition of his endeavors to end the era of endless wars, construct peace by encouraging conflicting parties for dialogue and negotiations, as well as underpin internal cohesion and stability of his country.”

Trump has broken the mold, Huhtasaari wrote in her letter of nomination, by being “the first time for almost four decades where the President of the United States of America has served a term without engaging his country in new world conflicts.”

The Abraham Accords, which opened full peaceful diplomatic relations between Bahrain and the United Arab Emirates and Israel, were also a major achievement, she wrote.

“The role of President Trump as a mediator in the Abraham Accords, which potential marks the dawn of a new Middle East, was indispensable,” she wrote.

She also praised Trump for having “maintained national cohesion and secured law and order by taking a strong stand against detrimental social movements, which fragment the society by turning different parts of population against each other, and commit vandalism on public and private property and violence against the police authorities and ordinary citizens.”

“It is hard to imagine a president of the United States from the last decades, or a current head of state, who would deserve more the Committee’s recognition in 2021 than President Trump for his efforts to build peace in the world,” Huhtasaari wrote

The 2020 Peace Prize was awarded on Friday to the World Food Program, which is headed by former South Carolina Gov. David Beasley, a Trump supporter and who was supported by the president in being named the head of the global hunger-fighting agency.

Does the president deserve the Nobel Peace Prize?

Trump has been nominated three times for the 2021 Nobel Peace Prize, as the Washington Examiner has reported in September. Huhtasaari’s is his fourth.

Trump was initially nominated for the Nobel by Norwegian Parliament member Christian Tybring-Gjedde, then by a member of Sweden’s parliament and later by several Australian law professors.

“I’m not a big Trump supporter,” Tybring-Gjedde said in September when his nomination was announced. “The committee should look at the facts and judge him on the facts – not on the way he behaves sometimes. The people who have received the Peace Prize in recent years have done much less than Donald Trump. For example, Barack Obama did nothing.”

Australian law professor David Flint, who was among the group nominating Trump, said Trump “went ahead and negotiated against all advice, but he did it with common sense.”

“He negotiated directly with the Arab states concerned and Israel and brought them together,” Flint said.

RELATED: Trump Gets Ringing Endorsement from Governor of Puerto Rico

Flint said the Trump Doctrine is “something extraordinary” that has revolutionized America’s approach to global conflict.

“He has, firstly, common sense, and he is only guided by national interest … and therefore an interest in the Western alliance” he said.

“What he has done with the Trump Doctrine is that he has decided he would no longer have America in endless wars, wars which achieve nothing but the killing of thousands of young Americans.  So he’s reducing America’s tendency to get involved in any and every war,” he said.

Liberals Furious at Megyn Kelly Over Her Unexpected Trump Comments

Fauci: COVID-19 taskforce only meets weekly despite US case surge