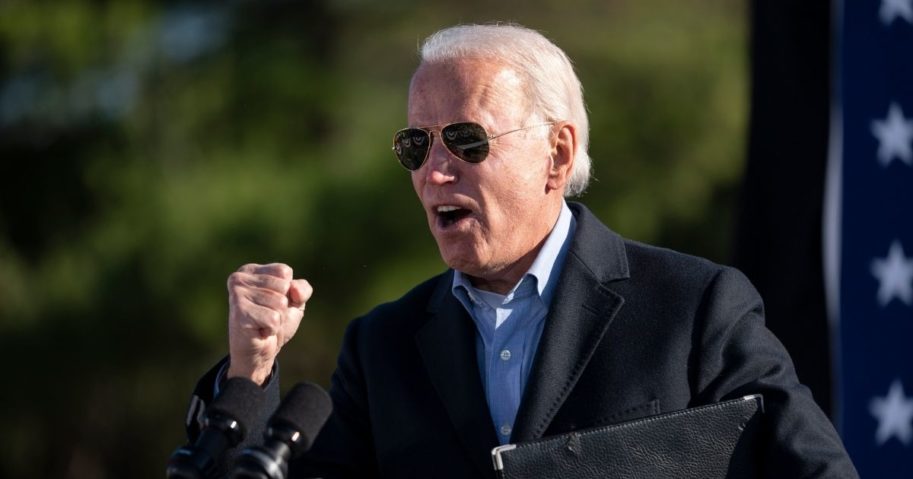 Ed. Note: The following Op-Ed is based on excerpts from “America’s #1 Adversary: And What We Must Do About It – Now!” by John Poindexter, Robert McFarlane and Richard Levine, reprinted by permission of the authors.

It has become an oft-repeated talking point for Joe Biden that Donald Trump’s supposed missteps have sickened or killed Americans during this pandemic. This is not true.

It is logical to assume that after some initial point, Chinese political, military and intelligence officials realized this outbreak of a new virus could be used as a weapon to bring down the economies of the West and thus assure Chinese hegemony.

Given China’s history of spawning new illnesses, China’s political establishment must have had planning documents in place to serve the Communist Party of China’s interests should such a scenario of a novel virus spread unfold.

Stratagems to contain the virus in China, sow fear around the world and involve elements of the legacy media and elites may be part of a broader initiative.

China has asserted very low death and infection counts that do not make sense even if they are underreported by a factor of ten or more. China was 124th in rank among nations as of late July, as calculated by deaths per million of inhabitants per country.

Are there scenarios to explain these numbers?

One explanation would involve an almost immediately recognized accidental release from the Wuhan Institute of Virology, engendering swift and firm containment procedures within China, but denied to the rest of the world by China’s continuance of international travel from the virus’ point of origin.

Here’s where Biden’s indictment of President Trump hits the rocks.

Do you think President Trump has handled the coronavirus pandemic well?

Unlike other countries, our president moved quickly to ban travel from China to America. We’ll never know how many American lives were saved by this act of leadership and courage.

In contrast, the day after President Trump announced the travel ban, Biden went on social media to declare, “We are in the midst of a crisis with the coronavirus. We need to lead the way with science — not Donald Trump’s record of hysteria, xenophobia, and fear-mongering.”

Donald Trump has understood the many ways in which China wields its power. This includes “soft power,” which is the result of attraction and co-option to attain objectives supportive of interests.

America’s breadth of soft power was to be the barricade against the rise of the PRC as a global force. It was hoped our nation would withstand future Chinese economic might and near military parity because the United States would retain vast reservoirs of soft power not possessed by other nations.

Until this pandemic, American soft power seemed destined to remain the dominant force in world affairs even as Communist China was moving to surpass our GDP, which only President Trump’s economic initiatives contested.

Based on the alleged surreptitious dealings Hunter and Joe Biden had with China, we must ask where America would be today had Biden been president when COVID-19 was exported to our shores by a communist nation that this former vice president empowered when he was in office.

Given China’s research into biological warfare, it is conceivable a military or intelligence group within China sought to ensure the regime’s global supremacy through the acquisition of a naturally or seemingly naturally occurring virus just transmissible and virulent enough to cause massive disruption in Western countries.

Assuming this scenario, it’s obvious their planning underestimated our president and his resolve.

The views expressed in this opinion article are those of their author and are not necessarily either shared or endorsed by the owners of this website. If you are interested in contributing an Op-Ed to The Western Journal, you can learn about our submission guidelines and process here.

Two Utah men charged in killing of man whose body was...

Doctor says Biden sprained a foot while playing with his dog