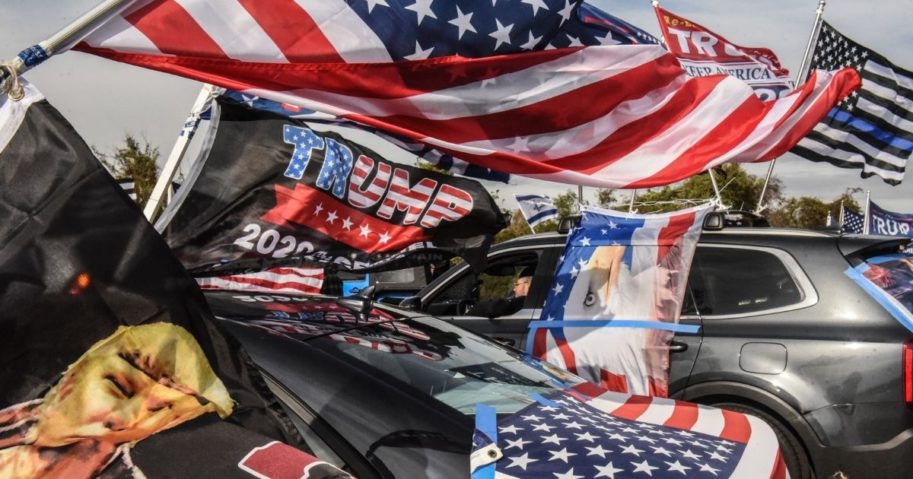 A crowd of demonstrators gathered near a public park to oppose a pro-Trump vehicle caravan that they believed was set to move through the Boroughs, according to the New York Post.

A total of 11 people were either arrested by law enforcement or issued a summons for charges including disorderly conduct, obstruction and resisting arrest, the Post reported.

Video showed the crowd, many of whom were clad in black, sparring with uniformed officers, according to footage obtained by the Post.

One woman was heard yelling “f— you,” as cops repeatedly blared a whistle and stood with batons.

“It’s f—ing New York City. There are people getting f—ing raped and murdered,” one protester yelled at police, according to the Post.

The New York City Police Department said reports were circulating about members of the press being arrested during the incident.

The agency claimed this was “false” in a Sunday tweet.

Do you think President Trump will win re-election?

“All arrested individuals from today’s protests have been verified to not be NYPD credentialed members of the press,” the department wrote.

It is being reported on social media that earlier today members of the press were arrested during a protest in Manhattan.

These reports are false.

All arrested individuals from today’s protests have been verified to not be NYPD credentialed members of the press.” pic.twitter.com/Xbxhk1FK79

Pro-Trump vehicle caravans reportedly blocked traffic on two major highways in both New York and New Jersey on Sunday, according to the Post.

Why won’t the Police let the Trump train roll? pic.twitter.com/bWuJqLNI70

Content created by The Daily Caller News Foundation is available without charge to any eligible news publisher that can provide a large audience. For licensing opportunities of our original content, please contact [email protected]