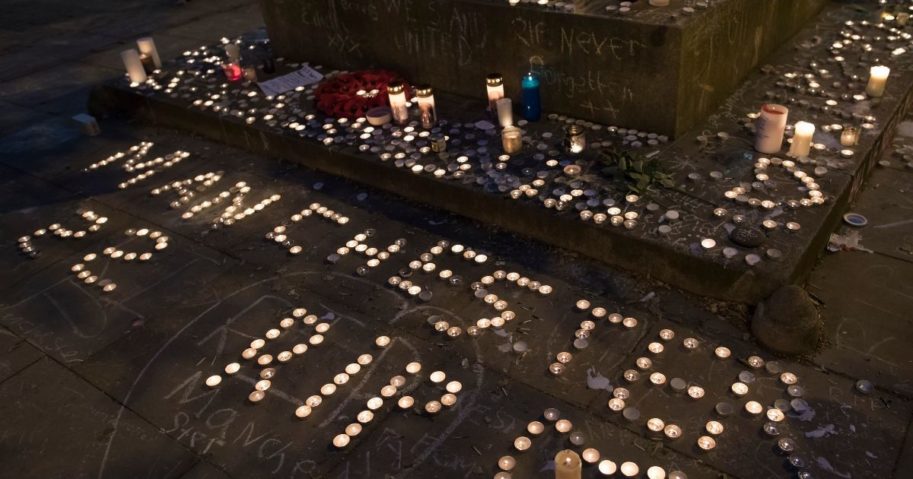 We’re constantly told that people of color are regularly targeted solely for the color of their skin: Black men are specifically hunted down by the police, and Arab passengers are racially profiled by airport security.

Never mind that the left’s claim of widespread “systemic racism” in the United States is tenuous at best. Never mind that there is an important difference between racial discrimination based on stereotypes and safety officers acting based on crime statistics and individual behavior.

Today’s question is this: What happens when the pendulum swings the other direction?

What happens when safety officers turn a blind eye to suspicious behavior by someone who happens to be a person of color for fear of being deemed “racist” — and then that suspicious person commits a terrible act of violence?

That appears to be what happened in the case of the Manchester Arena attack as people were leaving an Ariana Grande concert on May 22, 2017.

A public inquiry into the attack has revealed that security guard Kyle Lawler says he saw the suicide bomber who committed the attack, Salman Abedi, acting suspiciously just minutes before Abedi detonated his explosive, according to the BBC.

Lawler, who was 18 at the time of the attack, said in a statement prepared for the inquiry that he “had a bad feeling about [Abedi] but did not have anything to justify that.”

He also said Abedi was “fidgety and sweating.”

Lawler said that he did try to contact the security control room by radio, but that when he was unable to get through, he simply went back to his job.

Do you think security guards should ignore suspicious behavior in the name of anti-racism?

Several minutes later, Abedi set off a bomb filled with 3,000 nuts and bolts, killing 22 people and injuring hundreds of others.

Lawler told the inquiry that he didn’t know what to do, but was afraid of being called a “racist” had he raised the alarm.

“It’s very difficult to define a terrorist. For all I knew he might well be an innocent Asian male. I did not want people to think I am stereotyping him because of his race,” Lawler said.

“I was scared of being wrong and being branded a racist if I got it wrong and would have got into trouble. It made me hesitant. I wanted to get it right and not mess it up by overreacting or judging someone by their race.”

So Lawler says he ignored his instincts, which allowed Abedi to commit a heinous act of terror.

RELATED: Teacher Beheaded in Street After Showing Images of Muhammad in Lesson on Free Expression

To be clear, that doesn’t mean Lawler is necessarily to blame. It does, however, show the fallacy of kowtowing to political correctness at the expense of safety and common sense.

Does the political correctness crowd consider this a win?

Abedi, a minority male, was able to go through life (or at least the Manchester Arena) without a security officer harassing him because of his race. The only problem is, he went on to kill nearly two dozen people mere minutes after a security officer ignored signs of his suspicious behavior.

Lawler’s statement suggests that, had Abedi been white, the security guard would have been willing to investigate him, potentially stopping the terror attack before it happened.

But because he wasn’t white, Lawler was afraid to take action without more to go on than fidgeting, sweating and a bad feeling — because Lawler feared he would branded a “racist.”

A safety officer should not be afraid to do his job because the woke scolds might get upset and attempt to shame, dox and cancel him.

Any culture that believes otherwise is not a good culture at all.