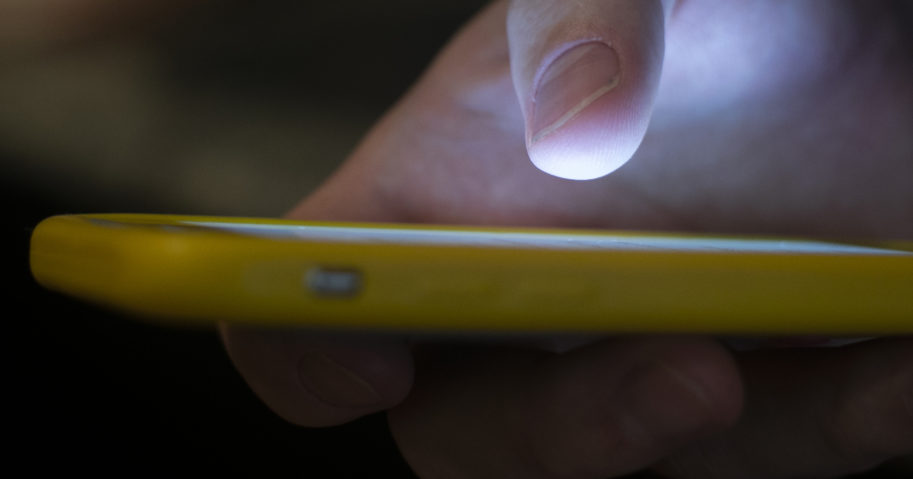 Voters across the U.S. received anonymous robocalls in the days and weeks before Election Day urging them to “stay safe and stay home” — an ominous warning that experts said could be an effort to scare voters into sitting out the election.

The FBI is investigating calls that seek to discourage people from voting, a senior official at the Department of Homeland Security told reporters on Tuesday. Authorities wouldn’t offer details.

The brief calls, which featured a computerized female voice, made no mention of the election or the pandemic.

But given the timing, the message was clear, according to Dan Doughty, a Kansas City resident who received the robocall on Tuesday morning.

“It felt like voter suppression,” Doughty told The Associated Press. “It was even so vague that whoever did it could say it was about COVID.”

The automated calls were placed to residents in nearly 90 percent of U.S. area codes, according to an analysis by YouMail, a tech company that makes anti-robocall software.

YouMail found that the calls began over the summer but increased dramatically in recent weeks. In October alone there were 10 million calls, according to Alex Quilici, YouMail’s chief executive.

On Tuesday, they were reported in states including Iowa, Kansas, Florida, Nebraska and Missouri.

“This is just a test call,” the voice says in one version of the robocall. “Time to stay home. Stay safe and stay home.”

Whoever created the robocalls used sophisticated tactics, routing the calls in a way that masked their identity and location, Quilici said.

And unlike most robocalls, the message didn’t ask for personal information or urge respondents to take any particular action — suggesting confusion and fear may have been the goal.

“It’s not a 12-year-old with a computer. This feels like maybe it’s state sponsored,” Quilici said. “If you want to cause mischief, you want to do it to everybody.”

In a statement, the FBI said: “We are aware of reports of robocalls and have no further comment. As a reminder, the FBI encourages the American public to verify any election and voting information they may receive through their local election officials.”

The Homeland Security official, who spoke on condition of anonymity, cautioned that “robocalls of this nature happen every election” and advised people to “keep calm, vote on.”

Officials warned of a separate spate of robocalls made Tuesday to voters in Flint, Michigan, suggesting falsely that they could wait until Wednesday to vote in person because of long lines at polling places on Tuesday. In fact, Tuesday is the last day to vote.

Do you believe the robocalls are state sponsored election interference?

“Obviously this is FALSE and an effort to suppress the vote,” Michigan Attorney General Dana Nessel tweeted.

“No long lines and today is the last day to vote. Don’t believe the lies! Have your voice heard!”

Nessel filed charges on Oct. 1 against two political operatives accused of orchestrating a series of robocalls “aimed at suppressing the vote” in the general election.

The calls went to nearly 12,000 Detroit-area residents, she said.

Those calls falsely claimed that voting by mail would allow personal information to become part of a database used by police and creditors to trace people for mandatory vaccines, Nessel said.

Get Black Friday pricing on these 15 headphones perfect for working...

Save 60 percent on this great carry-on luggage

Get Black Friday savings of up to 90% off these at-home...