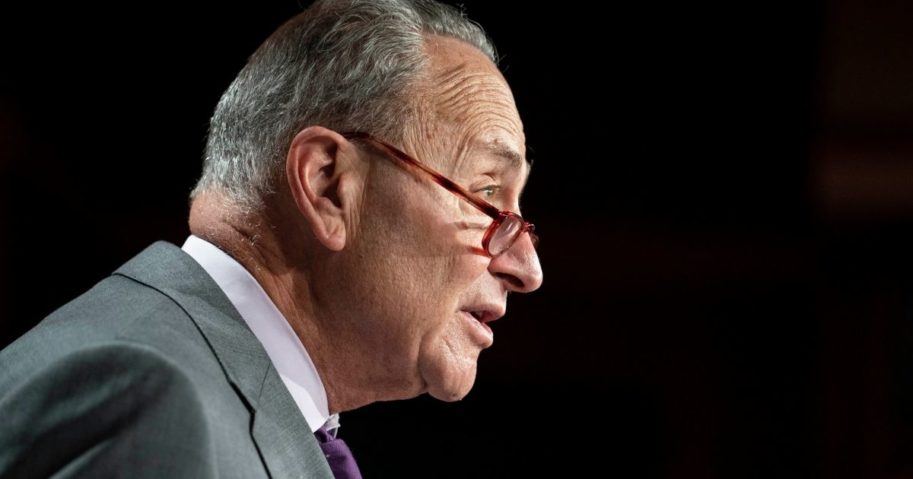 Senate Minority Leader Chuck Schumer indicated Wednesday on MSNBC that Democrats would be inclined to forever alter the American political landscape after November, should they take power.

In recent months, liberals have hinted at making Puerto Rico and Washington, D.C, states, as well ending the Senate filibuster so that legislation only needs a simple majority to move forward.

Meanwhile, if Senate Democrats maintain control of the House, win the Senate and the presidency, and end the filibuster, it would be far easier for liberal policy proposals to become law.

According to Schumer, these ideas and more are being considered.

During an interview Wednesday with MNSBC’s Joy Reid, the New York Democrat reminded voters that nothing is off the table.

Schumer told Reid that Republicans have “ruined the Senate” and that Democrats are using all possible tactics to obstruct them.

“Would that include adding — if the Senate becomes a Democratic majority — adding D.C. and Puerto Rico as states and ending the filibuster?” Reid asked the senator.

Do you think Puerto Rico and D.C. should become states?

Schumer responded, “I would — believe me, on D.C. and Puerto Rico, particularly if Puerto Rico votes for it, D.C. already has voted for it and wants it — I’d love to make them states.

“And as for the filibuster, I’m not busting my chops to become majority leader to do very little or nothing,” he said. “We are going to get a whole lot done, and as I’ve said: Everything, everything is on the table.”

The comments to MSNBC from Schumer came the week after he joined democratic socialist New York Rep. Alexandria Ocasio-Cortez at an event to lay out how Democrats intend to enact revenge, should Republicans confirm Supreme Court nominee Amy Coney Barrett.

If Democrats win a Senate majority in November, they don’t appear to have ruled out permanently altering the political landscape regardless of whether Barrett is confirmed.

RELATED: Ocasio-Cortez and Chuck Schumer Are Teaming Up for Big Action Against Trump

Former President Barack Obama, for instance, used the funeral of the late Rep. John Lewis in July to attack the Senate filibuster.

Democratic presidential nominee Joe Biden, meanwhile, has now refused multiple times to affirm to deny if he supports packing the Supreme Court with liberal justices so as to dilute the impact of conservative justices.

His running mate, Sen. Kamala Harris of California, has also refused to address the issue more than once.

Moderna says it's preparing global launch of Covid vaccine as it takes in $1.1 billion in deposits

5 things to know before the stock market opens on Thursday