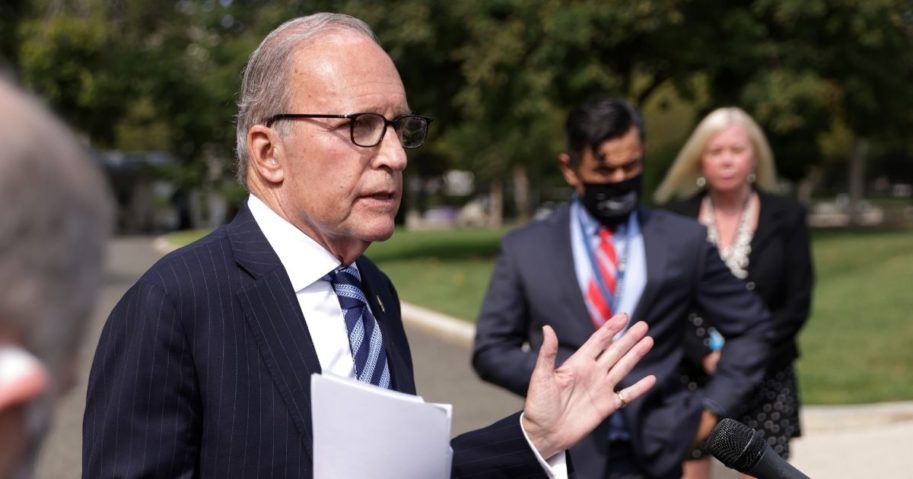 Kudlow, when speaking at a digital event hosted by Axios on Friday, stated that during a second term, Trump would continue on a path that saw the country experience unprecedented prosperity prior to the arrival of the coronavirus pandemic.

Echoing Trump’s campaign trail tone about getting the economy back on track, Kudlow shared a broad plan that he said would get more Americans back to work, while also seeing them pay less in taxes.

“It was the middle class and the lower rungs of the income ladder who had the biggest gains under President Trump. It was not just for rich people,” Kudlow said, apparently challenging Democratic presidential nominee Joe Biden’s assertions that the Trump administration has favored only the wealthy.

“We are now working on a middle-class tax cut. We are working on some additional business tax cuts,” he said.

Kudlow challenged a notion that Trump must be more specific with details on how a second term economy would look, especially with regard to the country’s middle class.

The comments from Trump’s chief economic adviser came a day after Kudlow criticized Biden’s plans for the country during an interview with Fox News.

Watch the latest video at foxnews.com

Kudlow said a Biden presidency would cost Americans millions of jobs over the next 10 years.

“That’s about 10 percent of the economy gone. They say we’ll lose at least five million jobs, gone, and you are talking about the middle class, those who benefited the most, those who needed them most, middle and lower-income people, they picked up $6,500 in family income.”

Kudlow concluded that any economic inroads made by the middle class over the last decade and a half would be “gone” if Biden were elected.

Kudlow’s remarks on both Thursday and Friday were made after the Commerce Department reported gross domestic product increased at a record annual rate of 33.1 percent in the third quarter.

Those numbers shattered expectations while bolstering claims from the Trump administration that the country is in the midst of a V-shaped recovery after months of lockdowns amid the pandemic decimated much of the economy.

Get ready for major backlash to the next wave of lockdowns