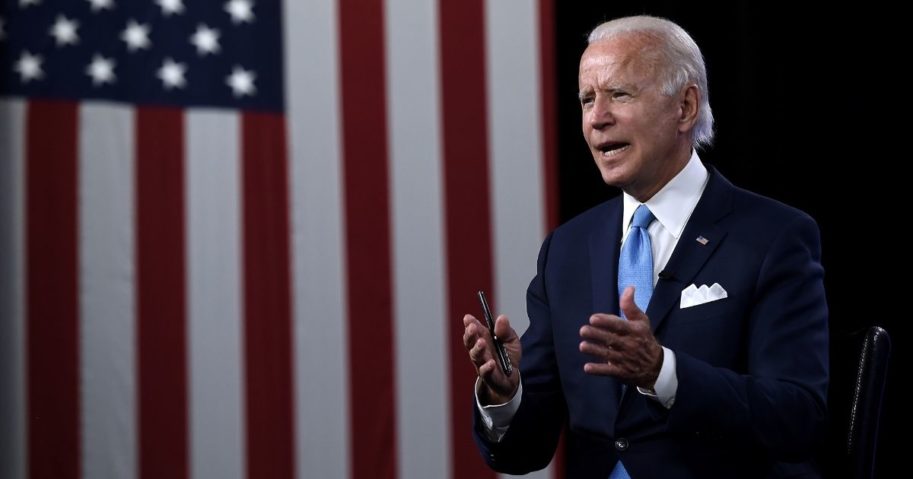 Democratic presidential candidate Joe Biden has made himself largely unavailable to questions from reporters since before his nomination. In contrast, President Trump has made himself available numerous times a day to reporters and their often hostile and confrontational questions.

This is why the moderator of the first debate, Chris Wallace of Fox News, should ask Biden the most questions.

Not that Wallace needs any help from me, but here are some things I would ask.

Mr. Biden, why would you raise taxes when the president’s tax cuts stimulated the economy and created millions of new jobs before the pandemic?

Follow-up: The federal government is approaching $27 trillion in debt. Your spending plans have been estimated to add $11 trillion to the debt.

TRENDING: Driver Who Allegedly Rammed Pro-Trump Crowd Prayed To Go Out a Martyr, Posts Link Her to ‘Caravan 4 Peace’ Group

Even if your tax increases passed by Congress, it would not be nearly enough to cover what you plan to spend. Where is the money coming from and if from a foreign power, like China, doesn’t that put us in hock to a hostile state?

Are there any government programs or agencies you would eliminate?

You have said your Catholic faith has deeply influenced you, but your church’s teachings, and the statements by several popes, have opposed abortion, same-sex marriage and other social issues, which you reportedly favor.

How can one be a faithful Catholic and disregard such fundamental principles of one’s church?

Do you think Wallace should ask Biden these questions?

And isn’t the right to life the most basic right of all?

Speaking of principles, you have changed positions on a number of bedrock beliefs, including federal funding of abortion. Do you have any principles that to you are inviolate and if so, what are they?

How do we know you won’t flip on those if it proves politically expedient?

You have said that you would shut down the country if scientists say it would help kill off the virus, but as we’ve seen, even a partial shutdown has harmed the economy, which was growing dramatically before March.

Isn’t there a better way to fight the virus, as now appears to be happening, rather than the disastrous effect a complete shutdown would have on businesses and employment?

RELATED: Op-Ed: Freedom According to the Left – It’s Either Me or We Burn Everything

If elected, would you commit to regular testing to assure the public you do not have any mental acuity problems?

Your running mate, Kamala Harris, is regarded as the most liberal member of the Senate. How can voters be sure that she and her fellow liberals won’t be the driving force behind policies should you win the election?

It appears from media reports that you were aware at some level about your son, Hunter, and his dealings with Burisma in Ukraine and with China while you were vice president.

Explain how he could make so much money in so short a time if he was not peddling his name and influence for personal gain. Your campaign has said a Senate report on this is part of “right-wing” and “long-debunked” stories.

But did he or did he not make millions of dollars from these ventures? Yes or no?

The Green New Deal is estimated to eliminate many jobs. You have said these jobs would be replaced by eco-friendly jobs.

Isn’t that a case of limiting people’s freedoms, especially when the main polluters on the planet are China and India?

You have declined to publish a list of “black women” you would name to the Supreme Court. Is it because they would be very liberal, and isn’t this a case of racism, since you have excluded every other ethnic group?

If African-Americans are to be preferred for the court, why do you not approve of Justice Clarence Thomas?

Why do you use a teleprompter to answer the few questions asked of you?

Just thought I would ask, Mr. Biden. I’m not expecting an answer, even if you remember the questions.

The views expressed in this opinion article are those of their author and are not necessarily either shared or endorsed by the owners of this website. If you are interested in contributing an Op-Ed to The Western Journal, you can learn about our submission guidelines and process here.