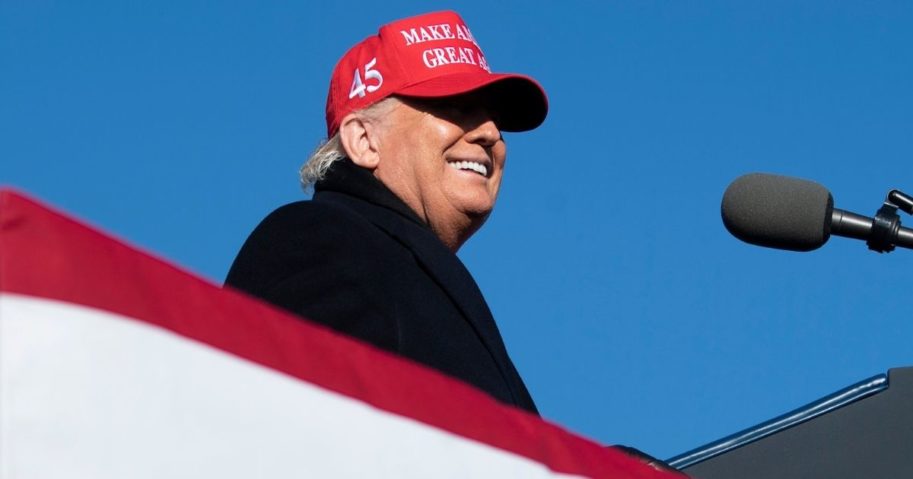 Under the leadership of President Donald Trump, the U.S. manufacturing sector has been recovering faster than expected from the coronavirus lockdowns.

The Institute for Supply Management’s index of purchasing managers rose from 55.4 percent in September to 59.3 percent in October, indicating that the overall economy has continued to expand for the sixth month in a row since April.

The October number is the highest since September 2018, the report said.

Many leaders in the Democratic Party have claimed that manufacturing has suffered under Trump, but this report totally contradicts that notion.

Timothy R. Fiore, chairman of the Institute for Supply Management survey, explained the report’s findings, noting that manufacturing is on the rebound and has been so for several months.

“This figure indicates expansion in the overall economy for the sixth month in a row after a contraction in April, which ended a period of 131 consecutive months of growth,” Fiore said in a statement within the report.

“Manufacturing performed well for the third straight month, with demand, consumption and inputs registering growth indicative of a normal expansion cycle. While certain industry sectors are experiencing difficulties that will continue in the near term, the overall manufacturing community continues to exceed expectations.”

He is squandering the growing Obama-Biden economy that he inherited — just like he has squandered everything else that he has inherited in his life.

“He is squandering the growing Obama-Biden economy that he inherited — just like he has squandered everything else that he has inherited in his life,” the former vice president said in a tweet Feb. 12.

Biden made a similar claim Aug. 5.

“Donald Trump promised to bring back jobs, but his policies crushed the manufacturing sector — and that was true even before COVID-19,” he said.

Donald Trump promised to bring back jobs, but his policies crushed the manufacturing sector—and that was true even before COVID-19.

I’ll revitalize American manufacturing and innovation and create millions of good-paying jobs so we can build back better. https://t.co/HrOOkWWQof

RELATED: Yale Psychiatrist: Hitler Was Bad, But at Least He Wasn’t Trump

Biden might claim to want to help the economy and manufacturing, but if he shuts down the economy again in an effort to slow a second spike of the coronavirus, the 77-year-old Democrat would be doing anything but.

Although the candidate recently stated on Twitter that he would not “shut down the country,” past statements from Biden and his surrogates make it unclear as to whether he is telling the truth.

Would a Joe Biden presidency hurt the economy?

Biden previously stated that he “would be prepared to do whatever it takes to save lives. Because we cannot get the country moving until we control the virus.”

Then, after being pressured about shutting down the country again by ABC News’ David Muir, he definitively said, “I would shut it down. I would listen to the scientists.”

Americans have two starkly different candidates to choose between.

One wants to continue economic growth, while the other is willing to do whatever is necessary to stop the coronavirus without any regard to the consequences such an approach would have.

If you’re working within the manufacturing sector, Donald Trump is your man.

It isn’t even close.