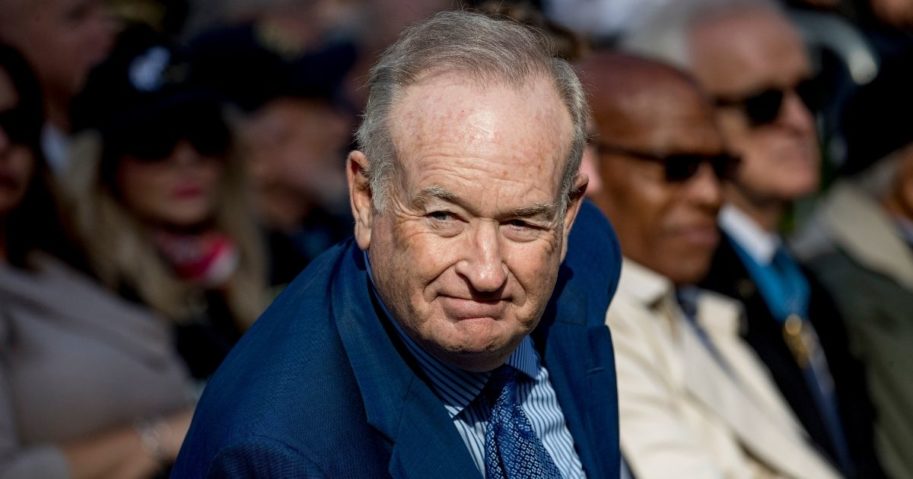 This election’s October surprise is undoubtedly the treasure trove of documents and witness testimony that allegedly implicate Hunter Biden, and by extension his father, Democratic presidential nominee Joe Biden, in webs of unethical business schemes hinging on the elder Biden’s name and powerful positions in government.

Despite the apparent mountain of evidence against the two, much of America seems to be left in the dark about the entire scandal.

For conservative commentator Bill O’Reilly, the mainstream media’s silence on the matter is a shocking first.

“Did you see the interview with Tony Bobulinski last night on Fox News? You may not have heard about it because it was totally blacked out by all the media in the United States,” O’Reilly said on a Wednesday episode of “No Spin News.”

“I’ve never seen anything like that, where 100 percent of the corporate media blacked out Tony’s interview,” O’Reilly continued.

A search of CNN’s website for Bobulinski’s name Wednesday, the day after the interview, brought back zero results.

As of Thursday evening, CNN readers were still left without a shred of coverage on Bobulinski.

Less than a week away from a monumental election, an omission like this is simply unacceptable for a major American media outlet.

Is the mainstream media blacking out this story on purpose?

“Who’s Tony? Well, he was Hunter Biden’s business partner,” O’Reilly explained. “And he’s the guy that knows all about all the tens of millions of dollars that flowed out of Russia, Ukraine and China into the pockets of the Biden family.

“Now that’s true. It’s not made up, it’s not a Russian plot. It’s true. That happened.”

Even more damning for the establishment media is the fact that Americans are obviously interested in what this witness to the Bidens’ alleged dealings has to say.

An interview between Tucker Carlson and Bobulinski, aired on Fox News, drew in a jaw-dropping 7.6 million viewers, the network said.

RELATED: Sciascia: CNN’s Home Page Could Be a Major Clue That Trump Is Winning 2020

To put this achievement into perspective, that’s roughly 2 percent of the total U.S. population tuning in to hear the truth about the Bidens from someone who had dealings with them.

With the election approaching fast, the bias of the mainstream media is being put on display like never before. Despite Americans’ interests in the growing Biden scandal, corporate news companies have largely left their viewers uninformed.

At least one NYPD officer shot in Queens, sources say