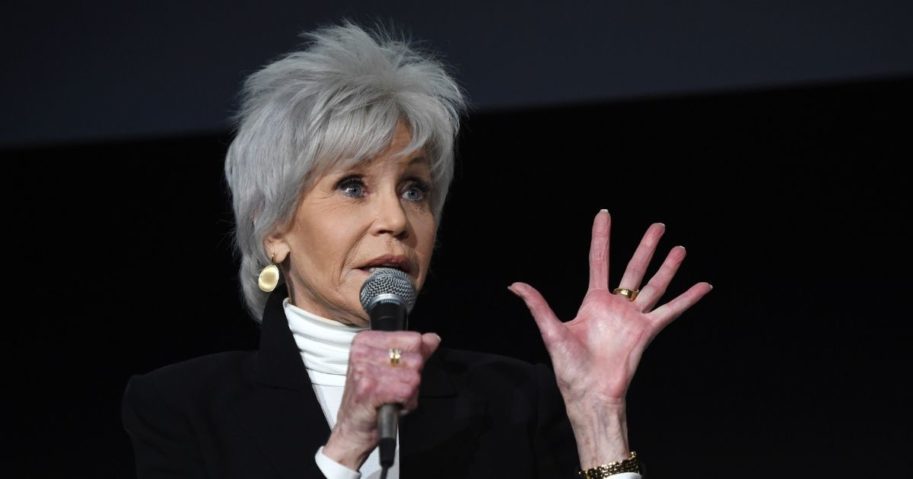 Hanoi Jane, as she came to be known following her anti-American soldier, pro-communist activism during the Vietnam War era, was speaking via a Zoom call when she praised the coronavirus as a gift for Democrats.

“We are people who can help determine which way humanity goes. What a great gift, what a tremendous opportunity, we’re just so lucky, we have to use it with every ounce of intelligence and courage and wherewithal we have,” the 82-year-old said with glee on her face.

Fonda, a staunch leftist, then came right out and openly admitted what conservatives and many others have already known: The coronavirus pandemic is a political weapon for the American left.

“I just think COVID is God’s gift to the left,” she said in a video shared on YouTube by the Washington Free Beacon.

“That’s a terrible thing to say. I think it was a very difficult thing to send down to us, but it has ripped the Band-Aid off who [President Donald Trump] is and what he stands for and what is being done to average people and working people in this country,” Fonda added.

A disease that has killed a reported 200,000-plus Americans since March was the only thing Democrats could use to put the brakes on the Trump economy and undermine a president who has brokered historic peace deals and brought a sense of pride back to Americans — along with jobs and secure retirement accounts.

They were never willing to work with him, and we all know why.

Fonda is and always has been a despicable human being, but at least she was willing to come out and acknowledge the elephant in the room.

The party’s elected officials in a number of blue states have since taken near-complete control of the lives and destinies of their citizens.

All the while, they blame Trump for the arrival of a foreign illness that their open-border, pro-China agenda would have allowed in anyway.

They’ve used the virus since March to force Americans out of business, to drive many of them to near madness with messaging which discourages optimism and they’ve loaded economic relief bills in the House with pork.

The Democratic Party has sat back and rooted against America during the health crisis while feigning outrage at the reported death toll.

All of this has occurred as the establishment media has actively aided in the degeneracy.

Biden’s entire campaign is now about a single issue: making the coronavirus a referendum on Trump.

The media has ignored or excused the left’s riots, peddled the fear and covered for the feckless Biden at every turn.

None of the above has ever cared about the lives of Americans.

Leftists want power, at any cost.

Fonda, giddy about the arrival of the COVID-19 pandemic, admitted what few people would dispute behind closed doors.

The coronavirus is a political disease, and the left is brimming with glee that they have been able to use it to wage a war against an already embattled nation.

They’ve done it to hurt Trump without caring which people they might devastate in the process.

While Democrats have mostly been disciplined in cloaking their feelings about using the virus as a pretext to seize power and position themselves to snatch up votes, Fonda couldn’t help but let the cat out of the bag.

The virus might have been an election-year advantage for Democrats, but it was no gift from God.

Trump Slams Biden: You’re Just a Typical Politician, Joe, You Can Do Better

A picturesque hilltop village in Italy will pay you to move...

This Was a Pretty Good Debate. Who Cares?