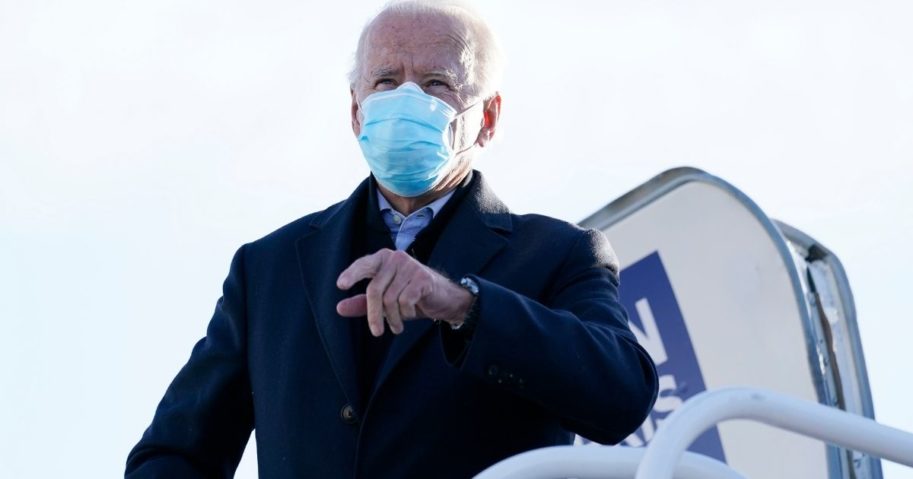 In a display of either political clairvoyance or wishful thinking, the Biden campaign said Monday that President Donald Trump will not be declared the winner of the presidential election on Tuesday night.

“Under no scenario will Donald Trump be declared a victor on election night,” Biden campaign manager Jen O’Malley Dillon said at a news briefing, according to Axios.

The number of states that have conducted mass mailings of ballots has been cited for weeks as a possible reason why a final tally of votes is unlikely Tuesday night.

“Wisconsin’s election in April, in many ways a fiasco, offers a positive lesson in how to deal with a long count. It took six days for election officials to tally up the 1.1 million absentee ballots cast (a state-record-shattering 72 percent of all ballots),” Federal Elections Commission Commissioner Ellen Weintraub wrote in a May Op-Ed for The New York Times along with Kevin Kruse, a professor of history at Princeton University.

A staple of political punditry for the past week is that Trump might make a premature claim of victory, something Trump himself has said he will not do.

In fact, Trump on Sunday called it a “false report” that he would declare victory Tuesday on the basis of partial results.

However, that did not stop the Biden campaign from contradicting the president.

“Trump will try to go out there and declare victory in an unfounded way,” O’Malley Dillon said Monday, according to Fox News.

“We’re not really concerned what Donald Trump says on election night because what he says might have nothing to do with the reality of it,” she said. “We’re not going to get distracted by it.”

Will the final election results be known on Tuesday night?

O’Malley Dillon said Biden may have an election night message.

“My expectation is that the vice president will address the American people, probably late,” she said

Justin Clark, deputy campaign manager for the Trump campaign, said Democrats “are panicking” because Biden “has not run up a large enough lead in early votes in battleground states.”

Clark said in a statement Monday that Democrats “know that President Trump’s in-person votes on Election Day will make up the difference and propel him to victory.”

Biden has been gearing up for a post-voting legal battle for months. The campaign has tapped Dana Remus, Biden’s general counsel for the campaign, and Bob Bauer, an Obama-era White House counsel, to lead a so-called “special litigation” unit of hundreds of lawyers, according to The New York Times.

The law firm Perkins Coie, which was a key player in the production of a dossier of discredited claims about Trump, is a part of the machine assigned to attack rules about voting in order to serve the Biden campaign’s interests.

The Trump campaign is also ready for a battle after the voting ends.

“[A]s soon as that election is over, we’re going in with our lawyers,” Trump said Sunday.

The Trump campaign has formed a group called “Lawyers for Trump” to “protect the integrity” of the election.